DeSantis: ‘Florida Is the Place Where Woke Goes to Die’

Florida’s Republican Governor Ron DeSantis has proudly declared that his state “is the place where woke goes to die.”

Gov. DeSantis made the remarks while discussing Florida’s education system.

Far-left Critical Race Theory (CRT) and radical gender ideology have been infiltrating government education at a rapidly increasing rate since the Black Lives Matter-led violent social unrest during the summer of 2020.

Speaking during a press conference on Tuesday about the upcoming school year, DeSantis vowed that Florida would continue to oppose such trends.

“Obviously in the classroom, we’ve battled a lot of ideologies,” DeSantis said.

“What I’ve said is the state of Florida is the place where woke goes to die.

“We are not going to let this state descend into some type of woke dumpster fire.

Gov. Ron DeSantis: "The state of Florida is the place where woke goes to die. We are not going to let this state descend into some kind of woke dumpster fire." pic.twitter.com/UZH7dBDMGM

The comments come as the United States faces a shortage of teachers and support staff.

The shortage is the fruition of a “crisis in the number of students who are going into the teaching profession and the number of teachers who are leaving it.”

Earlier this year, DeSantis signed parental rights legislation banning classroom instruction about sexual orientation and gender identity from kindergarten to third grade — a move that was opposed by Disney and other corporate interests.

In response, DeSantis repeatedly vowed that Disney would “never run this state” during his tenure and signed legislation nixing the Reedy Creek Improvement District — a special governing and tax district that hosts Disney World.

“Our mantra has been, in our schools, to educate kids, not indoctrinate kids,” DeSantis said during the press conference.

“Hopefully what we’re doing is saying that teaching is not about learning ‘education in college or university,’ it’s really about having proficiency in subjects, then learning on the ground about how to do it.” 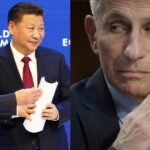 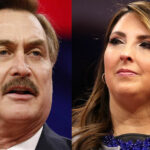 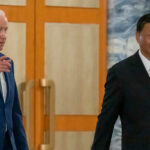