WHO Warns Against Repeated Booster Shots and Vaccine Mandates: ‘It’s Over, People’

The World Health Organization (WHO) has warned against the use of repeated “booster” shots to tackle COVID-19.

In a statement, the United Nations (UN) health body warns that a vaccination strategy based on repeated doses of the original vaccines is unlikely to be appropriate or sustainable.

Recognizing the inability of the shots to stop the spread, the WHO urged governments around the world to end vaccine mandates.

The agency said that future Covid vaccines must “be more effective in protection against infection thus lowering community transmission.”

The news was celebrated by those who have been calling for an end to the seemingly never-ending vaccination requirements.

Berenson has devoted his independent reporting to the pandemic, publishing several books on the subject.

“Aside from a few unlucky Israelis, no one is going to receive a fourth dose of the original vaccine; everyone with eyes can see it doesn’t work against Omicron,” he wrote on his Substack page.

In a separate statement on Wednesday, the WHO said vaccination status should not be used to disqualify people from traveling internationally.

The agency is instead advising governments to implement vaccine mandates only as a “last resort.”

On Tuesday, the European Union’s top health agency warned that getting boosted every four months could harm the immune system’s ability to fight off the disease.

The European Medicines Agency advised countries instead to mirror the seasonal influenza vaccination strategy tied to the onset of the cold season.

Berenson said a third does would be, at most, “weeks of marginally improved protection” from “potentially severe side effects.”

But COVID has proved to be “faster than the scientists,” and even the mRNA vaccines take too long to be developed.

The WHO’s remarks about vaccine mandates comments came in response to questions from the Sydney Morning Herald and The Age newspapers about Australia’s ban of top tennis player Novak Djokovic because he is unvaccinated.

Dr. Mike Ryan, executive director of WHO’s Health Emergencies Program, said vaccine mandates should be used “as a last resort … in the face of a large epidemic.”

“So yes, there are circumstances in which vaccine mandates are supported by WHO, but, again, it is subjected to the basic principle that the best way to get people vaccinated is to inform them, to educate, to have a dialogue and to address people’s genuine concerns,” he said.

Ryan said the WHO always asks “that those mandates be clear, be explicit, be time-limited and at the same time … governments continue to explain to people why they’re doing things and continue to try and convince people of the benefits of vaccines rather than reverting to mandates as a single approach.”

Katherine O’Brien, director of WHO’s Department of Immunization, Vaccines, and Biologicals, said no one should be denied access to international travel based on their vaccination status.

She argued that not everyone in the world has the same access to vaccines.

“Free and full access to safe and effective vaccines is the absolute precondition before a mandate is made and that is a grounding principle,” she said. 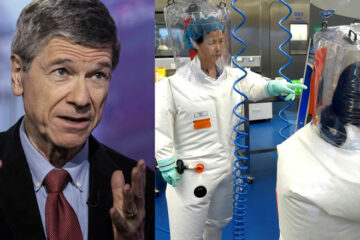 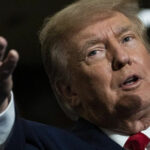 Informer Flipped on Trump, Told FBI Where to Look for Documents during Raid 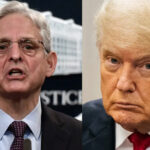 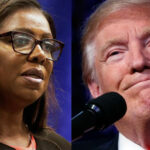 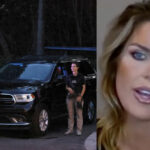