Biden gave an unscheduled nationally televised address near the U.S. Capitol last night to hype Jan. 6 in the minds of voters ahead of the looming midterm elections.

During his big speech, the Democrat president he urged Americans to “unite” around shared values while repeatedly demonizing tens of millions of Republicans, who he speared as a “threat” to the country.

Biden claimed, without evidence, that President Donald Trump’s assertions about the 2020 presidential election have “fueled the dangerous rise in political violence and voter intimidation over the past two years.”

“This violence against Democrats, Republicans, and nonpartisan officials just doing their jobs are the consequence of lies told for power and profit,” Biden claimed.

“Lies of conspiracy and malice. Lies repeated over and over that generate a cycle of anger, hate, vitriol, and even violence.”

Biden claimed that the “overwhelming majority of Americans believe our democracy is at risk, that our democracy is under threat” because “the defeated former President of the United States refused to accept the results of the 2020 election.”

“The extreme MAGA element of the Republican Party, which is a minority [of] that party as I said earlier, but is its driving force, is trying to succeed where they failed in 2020, to suppress the right of voters and subvert the electoral system itself,” Biden claimed, again without evidence.

“That means denying your right to vote and deciding whether your vote even counts.”

“Instead of waiting until the election is over, they’re starting well before it,” Biden alleged.

“They’ve emboldened violence and intimidation of voters and Election Officials.

“It’s estimated that there are more than 300 election deniers on the ballot all across America this year.

“We can’t ignore the impact this is having on our country.

“And I want to be very clear, this is not about me.

Biden: "Extreme MAGA Republicans" want to "suppress the right of voters and subvert the electoral system itself. That means denying your right to vote and deciding whether your vote even counts." pic.twitter.com/PAywblBrad

Biden: “We need to start looking out for each other again. Seeing ourselves as we the people, not see each other as entrenched enemies."

Right after calling all "MAGA Republicans" threats to democracy. pic.twitter.com/XTCeZN9FDk

The comments from Biden come just one day after former President Barack Obama warned on the campaign trail Tuesday that “demonizing” political opponents was going to cause people to “get hurt.”

The remarks from Obama come as Democrats have needed him on the campaign trail ahead of next week’s midterm elections.

Obama has been drafted in due to Biden’s low approval ratings and the general dissatisfaction that many in the country have about how things are going, particularly the economy.

“This increasing habit of demonizing political opponents creates a dangerous climate,” Obama said at a Tuesday rally in Nevada.

“Elected officials who do not explicitly reject or participate in over-the-top rhetoric, if that’s what they’re doing instead, if they just ignore or make light of that kind of violence, or if they encourage their supporters to stand outside voting places armed with guns and dressed in tactical gear, if that’s the environment that we create, more people are going to get hurt.” 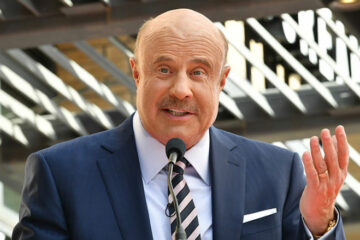