A bombshell new study has revealed that laboratory mice suffer a near complete collapse of their immune systems when they receive more than two “booster” shots, according to reports.

The study was conducted by top Chinese researchers from China’s Chongqing Medical University.

The study sought to investigate the long-term impact of receiving regular booster shots, such as yearly jabs.

The researchers discovered that the extra booster shots suppressed the formation of the germinal center and inhibited the activation of CD8+T cells in the lab mice.

Berenson argued that booster shots should be “halted immediately” for humans in light of the findings.

I’ve shown it to two physicians so far.

One said he “had a seizure” reading it.

The other said something worse.

Berenson later posted information on the new study on his Substack page.

He describes the results from the study as “very urgent.”

My new Stack, on a paper from Chinese researchers who found that more than four Covid vaccine shots produced near-complete immune collapse in mice:https://t.co/drfoF2ikA6

From the Science Direct report on the sudy:

The repetitive applications of vaccine boosters have been brought up in face of continuous emergence of SARS-CoV-2 variants with neutralization escape mutations, but their protective efficacy and potential adverse effects remain largely unknown.

Here, we compared the humoral and cellular immune responses of an extended course of recombinant receptor binding domain (RBD) vaccine boosters with those from conventional immunization strategy in a Balb/c mice model.

Our findings demonstrate potential risks with the continuous use of SARS-CoV-2 vaccine boosters, providing immediate implications for the global COVID-19 vaccination enhancement strategies.

Mice who received more than four Covid vaccine jabs had a collapse in their ability to fight the coronavirus, Chinese researchers have found.

The damage extended past antibodies, the immune system’s front line of defense against viruses and bacteria, to the T-cells that form the crucial backup.

The researchers reported the finding in a peer-reviewed paper published December 22 in the journal iScience.

In surprisingly clear language, they warned:

Later in the paper, the researchers were even more direct:

“We found that the protective effects from the humoral immunity and cellular immunity established by the conventional immunization were both profoundly impaired during the extended vaccination course.”

The finding has not been confirmed in humans.

But the mice the researchers used are genetically altered to model accurately the human response to the coronavirus and have “been shown to share profound similarities [emphasis added] with humans in response to SARS-CoV-2 infections,” as the paper explains. 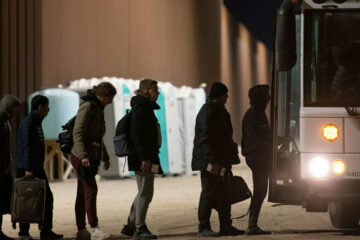