Democrat Sen. Chris Coons (D-DE) has called on the United States and NATO to send troops into Ukraine to fight Russia and “stop” Vladimir Putin.

During an appearance on CBS’s “Face The Nation,” Coons warned that open discussions must be held about sending troops into Ukraine if Russia continues with its invasion.

The comments from Coons come as it nears two months since Russian forces invaded Ukraine.

“In some public remarks this week, you said the country needs to talk about when it might be willing to send troops to Ukraine,” Margaret Brennan asked Coons.

“You said if the answer is never, then we are inviting another level of escalation and brutality by Putin.

“Are you arguing that President Biden was wrong when he said he would not send troops to Ukraine?

“Are you asking him to set a red line?”

Coons suggested that a number of Democrats have been urging President Joe Biden to send troops into Ukraine.

“I think those of us in Congress who have a critical role in setting foreign policy and in advising the president in terms of his decisions as commander in chief need to look clearly at the level of brutality,” Coons said.

“This is a moment of enormous challenge for all of us.

“And I deeply respect President Biden’s leadership in pulling together the West and imposing crushing sanctions on Russia.

“And in bringing to this fight countries that had stayed on the sidelines before.

“I think President Biden’s leadership has been steady and constructive.

“But this is a critical moment,” the Democrat senator warned.

“If Vladimir Putin, who has shown us how brutal he can be, is allowed to just continue to massacre civilians, to commit war crimes throughout Ukraine without NATO, without the West coming more forcefully to his aid, I great- I deeply worry that what’s going to happen next is that we will see Ukraine turn into Syria.

“The American people cannot turn away from this tragedy in Ukraine.

“I think the history of the 21st century turns on how fiercely we defend freedom in Ukraine and that Putin will only stop when we stop him.

“I’ll close with this, Margaret.

“This is a weekend when so many families gather to celebrate the very best in the human spirit and where we grieve the loss of many to do due to COVID.

“We should also be prayerful and mindful of those who are fighting for freedom in Ukraine and how much their heroism and patriotism inspires the rest of us.”

Initial analysis on the images:

In the images of Moskva after the hit. The damage and the active fire seems to originate in the amidships of the ship where the chimney is located and two of the six AK-630s are located.

Some people suggest it is where the two missiles hit it. pic.twitter.com/xEOMoyhw2M

In this highlighted image of the cross section, we can see the bow and aft powerplants (yellow) presumably for power generation, then the two gas turbine engines for cruise and high speed (orange).

But what about the red box? What is it? pic.twitter.com/wMPoWlqTdy 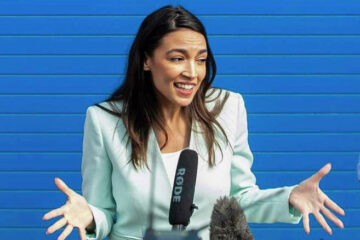 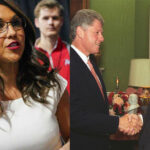 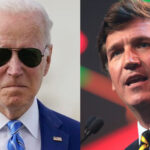 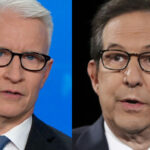 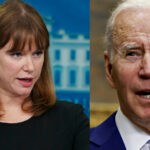