A special election in Georgia has been flipped in favor of a candidate that nobody knows after a memory card of uncounted votes emerged and drastically changed the results.

In a Cobb County, Georgia, special election, Madelyn Orochena was certified as the winner.

Then, on November 16, Orochena received a phone call with some shocking news from Cobb Elections.

An election official told Orochena that a misplaced flash drive had been discovered that contained uncounted votes on it.

“Once the correction was made … your race outcome changed and Ms. Burnette came out ahead,” the official told her, according to Orochena’s campaign.

“[They] plan to re-certify the results Friday.”

Indeed, after the discovered ballots were added, a “recertification” of the election took place.

The newly emerged votes meant that Orochena’s opponent for a seat on the Kennesaw City Council, Lynda Burnette, was now declared the winner.

However, many noted that Burnette was an unknown candidate and people were not even familiar with her campaign.

These results had not yet been tabulated in the final count, the county claims.

According to the Cobb County Courier, there were actually two memory cards found with a total of 789 votes.

“I have been tracking city elections since 1972,” Councilman Pat Ferris said of the situation, according to the Courier.

“Fifty years. I have never, never seen anything like this.”

After the addition of the memory card ballots, Orochena lost the election by 31 votes, 0.32 percent of the total vote, the Courier reported.

Any Georgia candidate who loses by less than 0.5 percent is entitled to a recount, according to the state’s election law.

On November 16, Orochena announced on her campaign’s Facebook page that she would be asking for a recount.

“I will be filing a formal complaint to the Secretary of State, and I am reaching out to legal [counsel].”

According to Orochena, as far as she knows, the newly certified winner, Burnette, didn’t make many public appearances leading up to the election.

“As for Ms. Burnette, I, nor any of the other candidates whom I’ve spoken to, know anything about her,” Orochena wrote.

“She didn’t attend city council meetings. She listed no contact information in her qualifying papers.

“To my knowledge, she did not respond to any local media … [or]  candidate questionnaires.

“She did not participate in the Q&A or the local meet and greet with the rest of the candidates.

“I am unaware of any campaign website or platform.”

In Cobb County’s Friday update, it was revealed that the Cobb’s Board of Elections has agreed to Orochena’s demands for a recount because of the “narrow margin of victory.”

The recount is set to take place on Sunday. 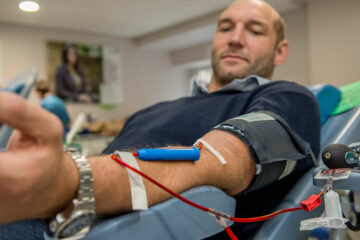 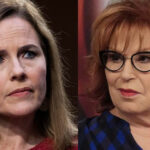