Kevin Spacey: ‘My Father Was a Neo-Nazi and White Supremacist’

Disgraced Hollywood actor Kevin Spacey has claimed in court that his father was a “neo-Nazi and a white supremacist.”

Spacey offered the claim as part of his defense in his sexual assault civil lawsuit.

The House of Cards star is being sued by actor Anthony Rapp for alleged sexual assault.

Spacey said in court that his father was a neo-Nazi and white supremacist who berated him when he thought his son could be gay.

Spacey said he didn’t come out as a gay man because of his father’s racist, homophobic and antisemitic views.

After Spacey was accused of assault, he publicly acknowledged he was gay for the first time.

“I honestly do not remember the encounter but if I did behave then as he describes, I owe him the sincerest apology for what would have been deeply inappropriate drunken behavior,” he said at the time.

In court, he said: “I have never talked about these things publicly ever.

“My father was a white supremacist and a neo-Nazi.

“I grew up in a very complicated family dynamic.

“To call someone a fraud is to say someone is living a lie.

“I wasn’t living a lie. I was just reluctant to talk about my personal life.

“My father was unemployed a great deal at the time so, therefore, he was home a lot of the time.

“My best friend in high school, who is Jewish, who is still a great friend to this day — I couldn’t bring him to my house.

“Everything about what was happening in that house was something I felt I had to keep to myself and keep private and never, ever talk about to anybody.

“I wasn’t comfortable talking about things, and part of those things was my father also used to yell at me about the idea that I might be gay because I was interested in theater.

“And he didn’t encourage me in that way.

“He would use an F-word that is very derogatory to the gay community.

“As I continued in my life, I think I just — I had a degree of shame because I wanted people to remember the characters that I played and not know too much about me,” he said.

“My father was a white supremacist and neo-Nazi. It meant that my siblings and I were forced to listen to hours and hours of my father lecturing us about his beliefs,” said Kevin Spacey. He said it was when his “hatred of bigotry and intolerance began” https://t.co/0mMNeUzjE6

Kevin Spacey Says He Waited Until 58 To Come Out As Gay Because His Dad ‘Was A Neo-Nazi’ https://t.co/bejIE6mym2 pic.twitter.com/WjvZPYGLe4 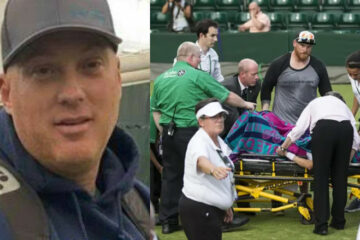 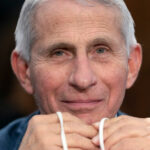 Fauci Cashes in by Charging up to $100K for Speaking Engagements: ‘The Audacity of This Man’