Republican Senator Lindsey Graham is refusing to comply with a subpoena issued by Fulton County District Attorney Fani Willis and is vowing to fight the case.

The subpoena is for the Fulton County grand jury that Willis impaneled to look into President Donald Trump’s actions in Georgia after the 2020 election.

The grand jury’s subpoena to Graham says: “During the telephone calls, the Witness questioned Secretary Raffensperger and his staff about reexamining certain absentee ballots cast in Georgia in order to explore the possibility of a more favorable outcome for former President Donald Trump.”

Graham’s attorneys, Bart Daniel and Matt Austin from Nelson Mullins Riley & Scarborough LLP, issued a statement that said: “As Chairman of the Senate Judiciary Committee, Senator Graham was well within his rights to discuss with state officials the processes and procedures around administering elections.

“Should it stand, the subpoena issued today would erode the constitutional balance of power and the ability of a Member of Congress to do their job.

“Senator Graham plans to go to court, challenge the subpoena, and expects to prevail.”

NEW: Sen Lindsey Graham (R-SC) will go to court to challenge the subpoena from grand jury in Fulton County, Georgia

The attorneys also claimed the Fulton County investigators are “engaged in a fishing expedition and working in concert with the January 6 Committee in Washington.”

The Atlanta Journal Constitution was the first to report about the subpoenas, which were filed on Tuesday.

The Fulton County grand jury is tied to a probe launched by Fulton County District Attorney Fani Willis, and is looking at whether there were attempts to unlawfully influence the 2020 election by Trump and his allies.

The grand jury is interested in hearing from Giuliani, it said in its subpoena to him, because he was “a lead attorney for the Trump Campaign’s legal efforts seeking to influence the results of the November

2020 election in Georgia and elsewhere.” 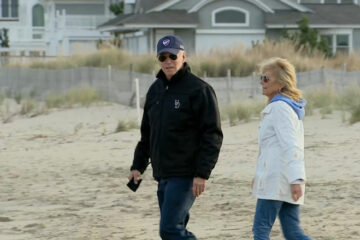