Alaska Republican Senator Lisa Murkowski is facing a tough primary challenge for the GOP nomination for her seat.

Trump-endorsed Kelly Tshibaka, the Alaska commissioner of administration, is running against Sen. Murkowski and is now leading in the polls.

The snub of Murkowski will not help her re-election chances although do not count her out.

She lost a primary before and won as a write-in candidate in the general election.

“Conservative candidates have an important mission in the 2022 elections – to regain control of both houses of Congress and we at Maggie’s List believe that our endorsed candidates present the best opportunity to win their respective elections in November.

“I am extremely proud to be endorsed by Maggie’s List,” Tshibaka said.

“The first time the group has endorsed a challenger to a female Republican incumbent.

“It’s time to show the next generation of strong, conservative women that they too can achieve leadership roles.”

”I am grateful for the endorsement of Maggie’s List because it shows that a new generation of strong, conservative women are taking leading roles in rescuing people from the excesses of a runaway and overreaching federal government,” Tshibaka added.

Tshibaka is one of three Republicans challenging the senior senator, who has served the state in the seat since being appointed in 2002, in the 2022 election.

The New York Times reported in November that former President Donald Trump was endorsing Tshibaka after Murkowski voted to convict him at his second impeachment trial, and for voting for President Joe Biden’s appointee, Deb Haaland, as secretary of the interior.

”Lisa Murkowski is bad for Alaska,” the Times quoted Trump as saying in November. ”Murkowski has got to go!”

While Murkowski has the endorsement of the National Republican Senatorial Committee, she was censured by Alaska’s Republican Party for her vote to convict Trump in the Senate, saying it ”did not want her identifying as a Republican” in the 2022 contest, the Times report said.

Murkowski was one of seven GOP senators that voted against Trump and told Politico in February that she could not ”devalue” that vote based on her political ambitions or fallout.

”If I can’t say what I believe that our president should stand for, then why should I ask Alaskans to stand with me?” Murkowski told Politico.

”This was consequential on many levels, but I cannot allow the significance of my vote, to be devalued by whether or not I feel that this is helpful for my political ambitions.”

DEADLINE APPROACHING for a chance to win a once-in-a-lifetime trip to join me and President Trump in Sunny Mar-a-Lago for dinner and a personal photo! The deadline is quickly approaching so don’t miss out on this opportunity! Enter today! ➡️ https://t.co/vhI5LhEWbi pic.twitter.com/QhRxyqJeKl 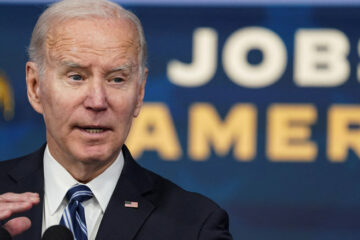 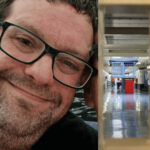