The Ohio Supreme Court removed a Cleveland municipal judge from the bench for misconduct.

Judge Pinkey S. Carr has been indefinitely suspended for offenses that include falsifying court documents, disrespectful treatment, lies, and wearing inappropriate clothes in court, such as “spandex shorts” and tank tops.

Carr’s conduct was the subject of dozens of complaints, with one person reportedly being jailed by the judge for rolling their eyes in court.

She will undergo evaluations for her mental and physical health.

“Carr’s unprecedented misconduct involved more than 100 stipulated incidents that occurred over a period of approximately two years and encompassed repeated acts of dishonesty; the blatant and systematic disregard of due process, the law, court orders, and local rules; the disrespectful treatment of court staff and litigants; and the abuse of capias warrants and the court’s contempt power,” the Supreme Court opinion said.

“That misconduct warrants an indefinite suspension from the practice of law.”

“We’re disappointed with the severity of the sanction,” Richard Koblentz, the attorney who represented her in her disciplinary case said.

Carr previously tried to blame her misconduct on a mood disorder caused by sleep apnea and menopause.

Ohio Attorney General Dave Yost’s office said he has appointed a special prosecutor to see if enough evidence exists to charge Carr with a crime.

According to The Cleveland Plain Dealer:

Carr can apply to have the court reinstate her law license after two years, but she must first convince the justices that she has sufficiently addressed the issues that led the court to take her license.

The court’s majority handed down a more severe punishment than the two-year suspension sought by the court’s Board of Professional Conduct, which said that Carr “ruled her courtroom in a reckless and cavalier manner, unrestrained by the law or the court’s rules.”

Donnelly and Stewart, who are both from Cuyahoga County, recused themselves from hearing the case.

Justice Sharon Kennedy agreed with the findings of misconduct, but she wrote in a dissenting opinion that she would not have exceeded the conduct board’s recommendation of a two-year suspension. Justice Patrick DeWine joined Kennedy’s dissent.

The majority wrote in Tuesday’s opinion that the court has previously suspended sitting judges who committed a single act of misconduct. Carr’s misdeeds spanned two years.

Among other violations of court rules, the Ohio Supreme Court said Cleveland Municipal Court Judge Pinkey S. Carr conducted hearings without the prosecutor present, stating once “The prosecutor’s not here. Let’s see how much we can get away with.” https://t.co/yxyqaJPFVz 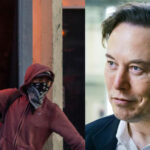 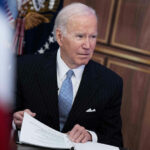 Biden Admin Unable to Account for $20 Billion in U.S Aid Sent to Ukraine 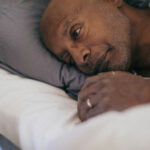 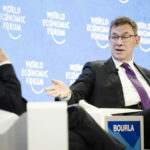