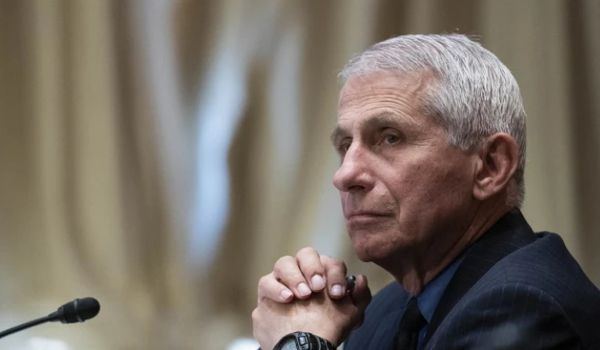 Conservative Senator Rand Paul will be “sending a letter to the department of justice asking for a criminal referral,” because Anthony Fauci “has lied to Congress.” This could be the proverbial “it” for Dr. Deep State.

From the beginning, feisty Rand Paul came out with both guns blazing on Tuesday. Looking Dr. Anthony Fauci square in the eye, he began by reminding that it “is a crime to lie to congress. On your last trip to our committee, on May 11, you stated that the NIH has not ever and does not now fund gain of function research in the Wuhan Institute of Virology. And yet, gain of function research was done entirely in the Wuhan Institute by Dr. Shi, and was funded by the NIH.”

Fauci didn’t even blink. He sidestepped faster than Bruce Lee though.

Paul has Fauci dead to rights and he knows it. Fauci knows it too so refused to answer the Senator’s question. Instead he answered another question as misdirection. It didn’t help.

“Knowing that it is a crime to lie to Congress, do you wish to retract your statement of May 11 where you claim that the NIH never funded gain of function research in Wuhan?”

Sen. Rand Paul and Dr. Fauci spar over whether or not the NIH funded “gain of function research” in Wuhan. pic.twitter.com/SE3gCOekz6

“Senator Paul, I have never lied before the Congress,” Fauci lied, “and I do not retract that statement. This paper that you are referring to was judged by qualified staff up and down the chain as not being gain of function.” Oh really. The Kentucky Senator was ready for that.

“You take an animal virus, and you increase its transmissibility to humans, you’re saying that’s not gain of function?” Without hesitation Fauci braved it out like a man caught coming out of the wrong bedroom with his fly unzipped. “That is correct.”

“I want everyone to understand that if you look at those viruses, and that’s judged by qualified virologists and evolutionary biologists, those viruses are molecularly impossible to result in SARS-COVID-2.”

Rand Paul was ready for that. “No one is saying those viruses caused the pandemic. we’re saying they are gain of function viruses because they were animal viruses that became more transmissible in humans, and you funded it. And you won’t admit the truth.”

Everything is clearly spelled out in the research paper Senator Paul entered into the Congressional record, titled “Discovery of a rich gene pool of bat SARS-related coronaviruses provides new insights into the origin of SARS coronavirus.”

In that paper, “Batwoman” Dr. Shi outlines her research, described as gain of function. The “amount of funding from the NIH is noted, and the NIH is praised for having granted these funds for her research.” Dr. Shi “took two bat coronavirus genes, spike genes, and combined them with a SARS related backbone to create new viruses that are not found in nature. These lab created viruses were then shown to replicate in humans.”

“Viruses that in nature only impact animals,” Paul explained, “were manipulated in the Wuhan lab to gain the function of infecting humans. This research fits the definition of the research that the NIH said was subject to the ‘pause’ in 2014-2017, a pause in gain of function.” The farce is over. “I will be sending a letter to the department of justice asking for a criminal referral because he has lied to Congress.” His colleagues will be glad to see him go too.

“I get letters from scientists all the time. You can find them. They’re very distrustful of what he’s saying. They don’t think he’s making sense. They don’t think he’s reading the science accurately, but they’re afraid to speak out because many of them are university scientists and they depend on NIH [National Institutes of Health] funds, and to cross him means it’s the last money you’ll ever get.”