Whistleblower ‘I Could Be Murdered at any Time’

“My situation is getting worse,” whistleblower Charles Shi writes. He was “warned by the Chinese police” that he “could be arrested without charge or even murdered anytime.” Major aircraft manufacturing company Boeing has been knowingly using counterfeit and substandard parts in 737’s for years and they continue to use them. They would prefer to kill Mr. Shi to keep him quiet. When his dire warnings come true and there is a crash, they’ll simply let their insurance companies pay the families of dead passengers.

Whistleblower expects to be murdered

Whistleblower Charles Shi faces the very real possibility of being “disappeared” by his local police. He fears for his life, but he put his own at risk, to potentially save the lives of hundreds. The FAA is fully aware of all the nasty details and have done virtually nothing to stop the problem. In China – which is the source of the bogus parts – the man who’s been fighting to save the flying public has been threatened, intimidated, and burglarized.

According to the former director of maintenance for a major U.S. airline, virtually every airplane pilot involved in a crash utters the same last words, “Oh s#*t.” One day this author was shocked to find his father sitting on the sofa instead of being at his office. That was the day the avionics pioneer and member of the International Airline Steering Conference committee had listened to the cockpit voice recording from the American Airlines Flight 191 disaster.

With 273 fatalities, the Chicago DC-10 crash is the deadliest aviation accident to have occurred in the United States. The company official couldn’t get the sound of screaming passengers out of his head, so left work early. The Flight 191 disaster wasn’t his responsibility, but he wanted to make darn sure nothing like that ever would become his responsibility. Mr. Shi is fighting desperately to avoid more screaming passengers in an “oh s#*t” situation. Being a whistleblower has him in one of those “oh s#*t” situations himself and he’s screaming for help from the public.

This author first covered Mr. Shi’s alarming news in March of 2018 when it appeared in major sources, including Reuters. His story got an update this February when News Hour First warned that “Boeing 737s are still using dangerously brittle ‘half baked’ counterfeit parts” This author noted at the time that “unless the public is looking over Uncle Sam’s shoulder, nothing will be done to stop a tragedy.” It was obvious that “instead of starting a criminal probe, the Federal Bureau of Instigation seems to have ‘buried’ the file.” Now, in China, they are trying to bury Mr. Shi.

His controversy was also recently reported by the Epoch Times. “I was warned by Chinese police to withdraw the ET article before it published that I could be taken away,” the whistleblower writes to Right Wing News Hour. “Even though I was not arrested following ET article publication last week, the risk is still there, I could be arrested without charge or even murdered anytime.” 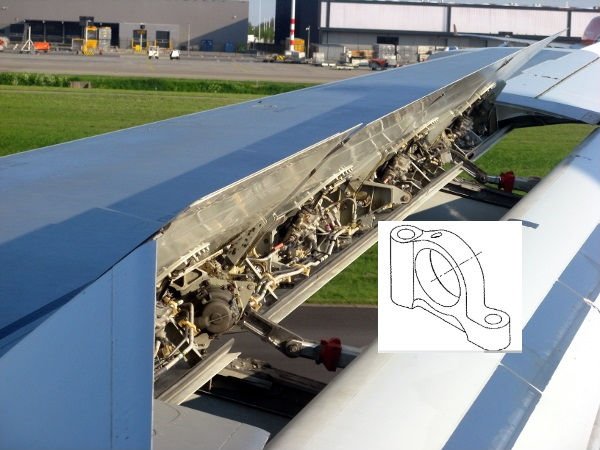 Shi Chaosheng, anglicized to “Charles Shi” isn’t just some fanatic who doesn’t like Boeing. When this all started he was East Asia supply chain manager for Moog Aircraft. Moog is an American parts manufacturer and supplier to Boeing. He found out about the use of bogus parts and properly reported it. Instead of getting thanks, his life was ruined.

After the U.S. watchdogs refused to do any serious sniffing, he filed criminal charges in China which turned out to be a major source of anxiety for all of his sources, when the defendant sued the whistleblower back, alleging “defamation.” The court judge in Suzhou, China intentionally handed over every scrap of evidence that Mr. Shi collected, straight to the accused defendant, New Hongji Precision Parts Co., Ltd. (NHJ), based in the city of Suzhou, Jiangsu Province in China.

The documents included sensitive information putting Mr. Shi’s former colleagues at risk too. Because NHJ sued him, the judge said they could have it. What was handed over included “confidential and private information of witnesses,” Mr. Shi writes.

As related by ET, The police also passed to the NHJ the witness testimonies they had collected and personal data of the of the whistleblower’s supporting witnesses like their personal IDs, telephone numbers, and addresses. “It is obvious that the judge and police were violating laws themselves by knowingly protecting the counterfeiting suspect.”

As Epoch Times reported, “the police refused to press charges against the Chinese firm, warned Shi to stop speaking to the press, and banned him from traveling to the United States.” Mr. Shi was invited to a U.S. airline safety hearing last October, but had to decline because he “was informed by the police that he was banned from overseas travel.” Just as well he wasn’t flying because that’s the really dangerous crap-shoot these days.

The police are strong-arming Mr. Shi because the whistleblower provided incontrovertible proof that the official records show the raw materials obtained from the legitimate supplier are only half of what was required to make the number of parts shipped out. That means the rest of the material had to come from somewhere else. According to Shi, this was “the key criminal fact.” The police aren’t interested in criminal facts when they get orders from party officials.

There were fireworks at a meeting with the police on July 4, 2019. When the police handed him “raw materials certifications from NHJ,” Shi laughed in their faces. NHJ is a manufacturer, not a supplier. “How could it produce its own materials certifications?” They even produced a document which proves his claim on it’s very face and refused to acknowledge that it means anything.

As ET reports, “The police also showed Shi the witness testimonies they had obtained. One of the key witnesses said that she stood by what she said to Shi back in Feb 2, 2017: that NHJ knowingly falsified materials certifications and their ex-employees admitted to her that they were the ‘counterfeiting brigade’ and knew that they would go to jail if caught.” Who’s looking at life in a cell? Whistleblower Charles Shi. The police in China say “NHJ counterfeiting was not necessarily a crime.” They can tell that to the families, who are crying over tombstones, when the crash finally does happen.