Home » News » Woody Harrelson: ‘The Last People I Would Trust with My Health Is Big Pharma and Big Government’

Woody Harrelson: ‘The Last People I Would Trust with My Health Is Big Pharma and Big Government’

Hollywood legend Woody Harrelson has spoken out against federal government officials and large pharmaceutical companies to declare that they are “the last people” he would trust with his health.

Harrelson discussed the response to the COVID-19 pandemic during an appearance on the “Club Random with Bill Maher” podcast Sunday.

The two agreed that people trusting Big Pharma and government health officials over their own doctors is bizarre.

Maher asked Harrelson if he believes that the pharma industry would advocate for “more boosters than were necessary” for profit.

“Like most Americans would not normally trust the government with helping them,” Harrelson replied.

“Like what does the government actually do to help you?”

“They help big corporations, industries, all the people that got…those people into Congress, or ultimately to become president,” he added.

“Those people all got to get taken care of.”

“We have the polling on this,” the host noted.

“Okay so here’s the CDC promoting that we have to do this all these things,” the actor shared.

“Think of the billions of dollars that have gone to Big Pharma.

“Back to my original point, the last people I would trust with my health is Big Pharma and Big Government because neither one of those strike me as caring entities,” the “Zombieland” star added.

“It’s obscene the profit they’ve made.”

Maher pointed out the fact that there was never a proposal from the government or CDC to handle the pandemic “internally.”

“There was no even suggestion if we handle this internally by making our immune systems stronger,” Maher explained.

“Not just with diet, but some basic things you can do… instead of locking yourself away.”

Harrelson agreed and noted things like Ivermectin and Hydroxychloroquine were considered “ridiculous.”

“There was only one thing that would work and that’s the vaccine,” Woody explained.

“And so ultimately because of that, billions of dollars was made.” 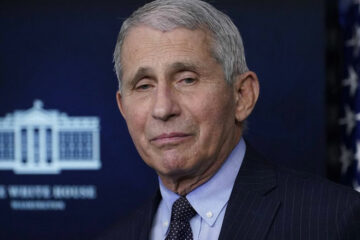 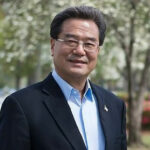